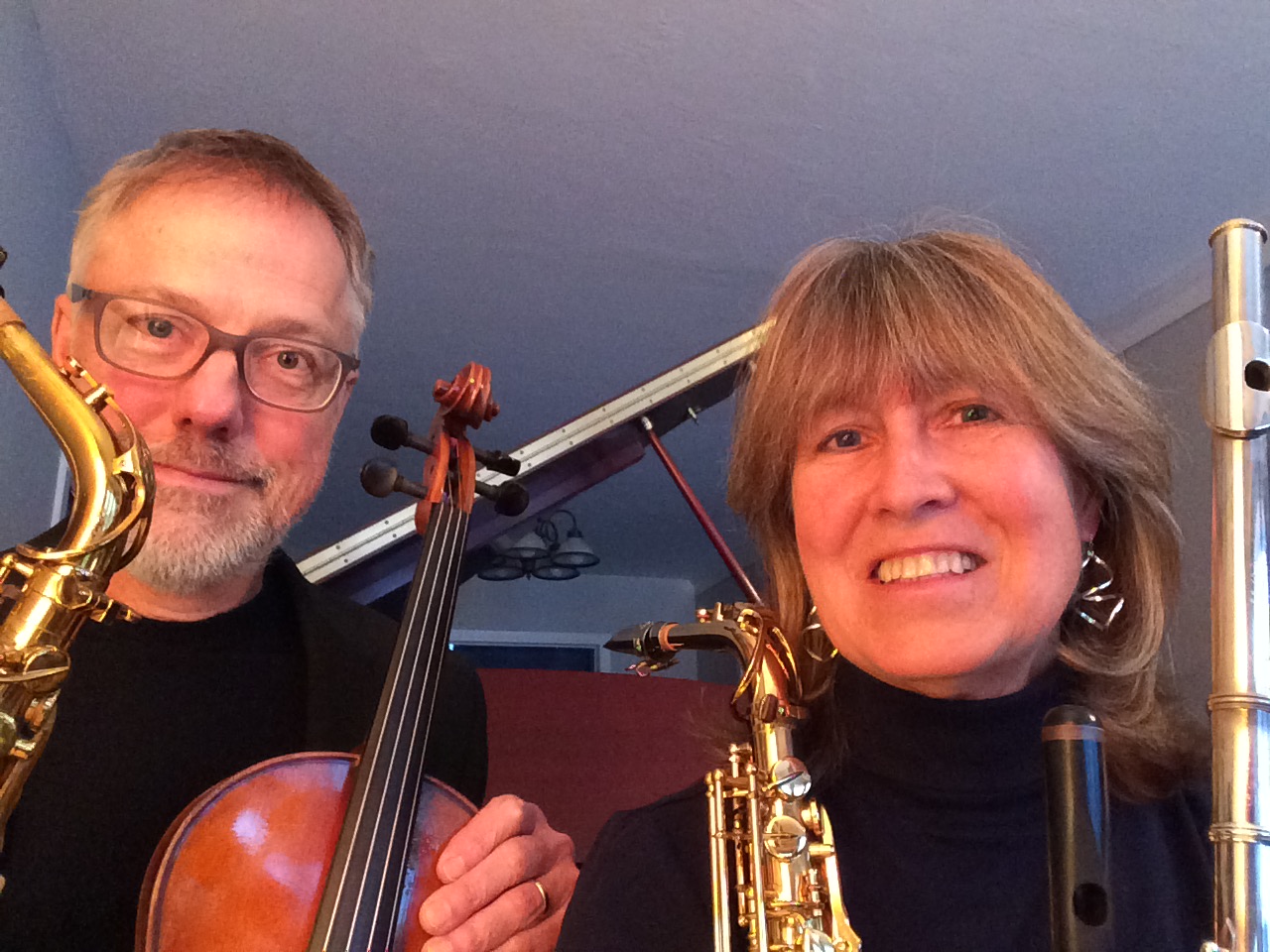 Sue Childress joined LGSO in 2012 playing flute and piccolo for the Brant Taylor Concert. I will always be indebted to Lou Dolmon and Bruce Martin for encouraging me to join this wonderful group. It is such a privilege to play under the direction of David Anderson and with these incredible musicians and friends. Sue is also on the Board of Directors and was the Gala host for three years.

As with any Gala host husband, Dave spent countless hours helping as well. In addition, he and Sue enjoy playing saxophone in the fantastic LGSO Swing Band under the direction of John Meyers. Dave has also played jazz piano for many LGSO fundraising events.

Sue taught for 35 years at Johnsburg Junior High where she directed the Concert Band, Jazz Band, Concert Choir, and musicals. Dave manages the Crystal Lake Health Food store and is a descendant of Richard Wagner. They met in the pit at the Woodstock Opera House, and have played for and directed the orchestra pit for many shows over the years. They are the co-directors of their church choir at St. Peter Catholic Church in Volo. At one point, we were simultaneously rehearsing music for the Rite of Spring for LGSO, Gregorian Chant for church, and the Mamma Mia book for the Opera House.

Sue also plays in the Woodstock City Band and they have performed for many Del Webb productions. Sue plays flute for a woodwind quintet called “Winds off the Lake” which has performed at the Chicago Art Institute, Chicago’s Millennium Park, and on cable TV. Dave performs with many local jazz groups including The Johnny Weber Trio, John Ludy and the Tunes, as well as the Gritman and Moran Rock Band. Dave has been inspired by LGSO and is currently learning viola, hoping to join the group soon. They also enjoy kayaking, biking, and walking their two dogs, Bristol and Tanner.

Sue’s favorite moments with LGSO include playing Beethoven 9, Disney’s Fantasia with the animation at Music by the Lake, and Stravinsky’s Rite of Spring on alto flute.

We are so happy to be currently playing in Woodwind “Mixtet” with John Hilgers, Danielle Hudson, Sue Tumminello, Liz Ehlert, and Martha Kaiser. It has been such a privilege to be able to consistently play music together since June. Many of our selections are posted on this Facebook site.

Music is such an important part of people’s lives and our society. We are both so looking forward to the time when we can play together again with LGSO.